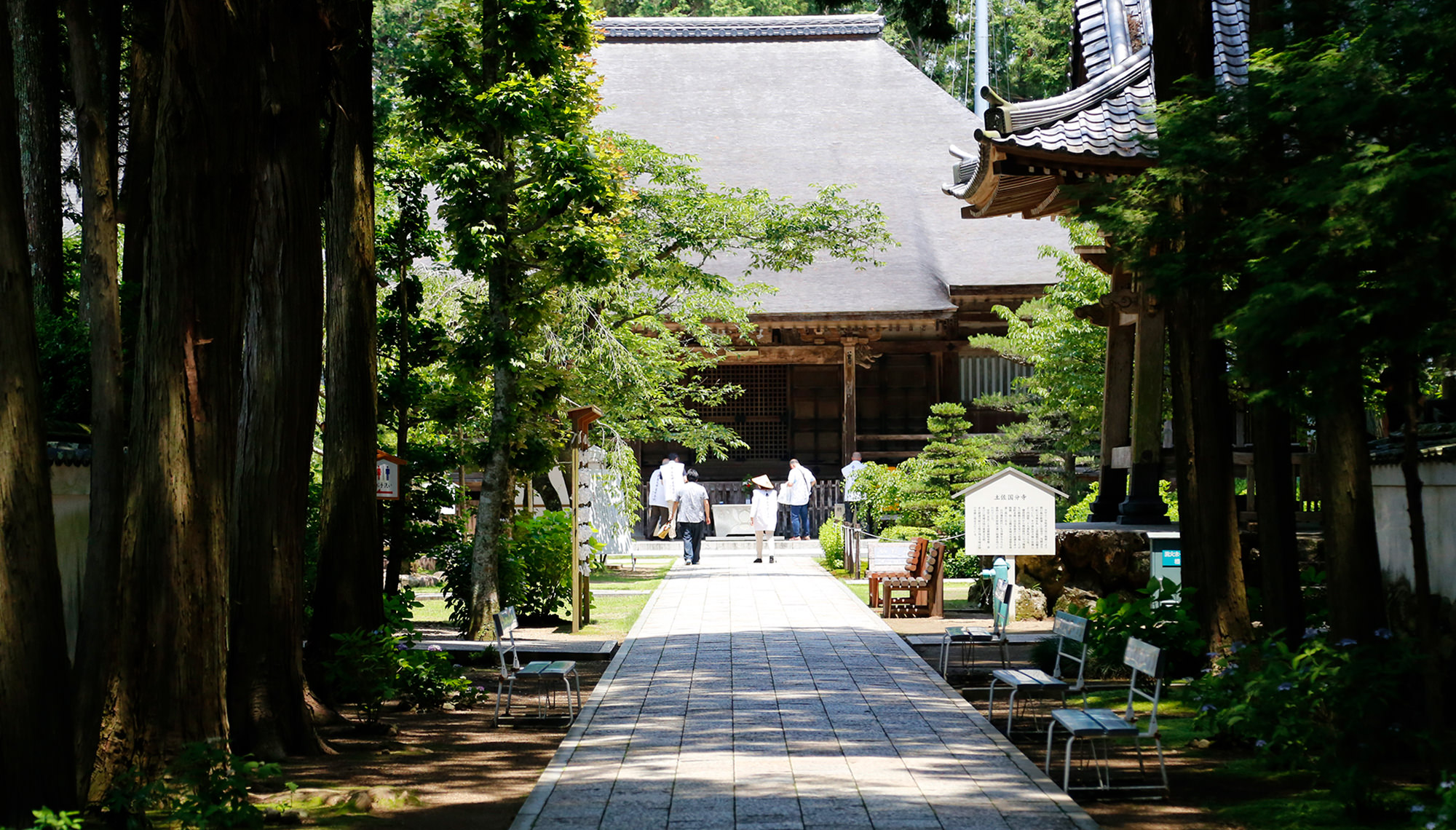 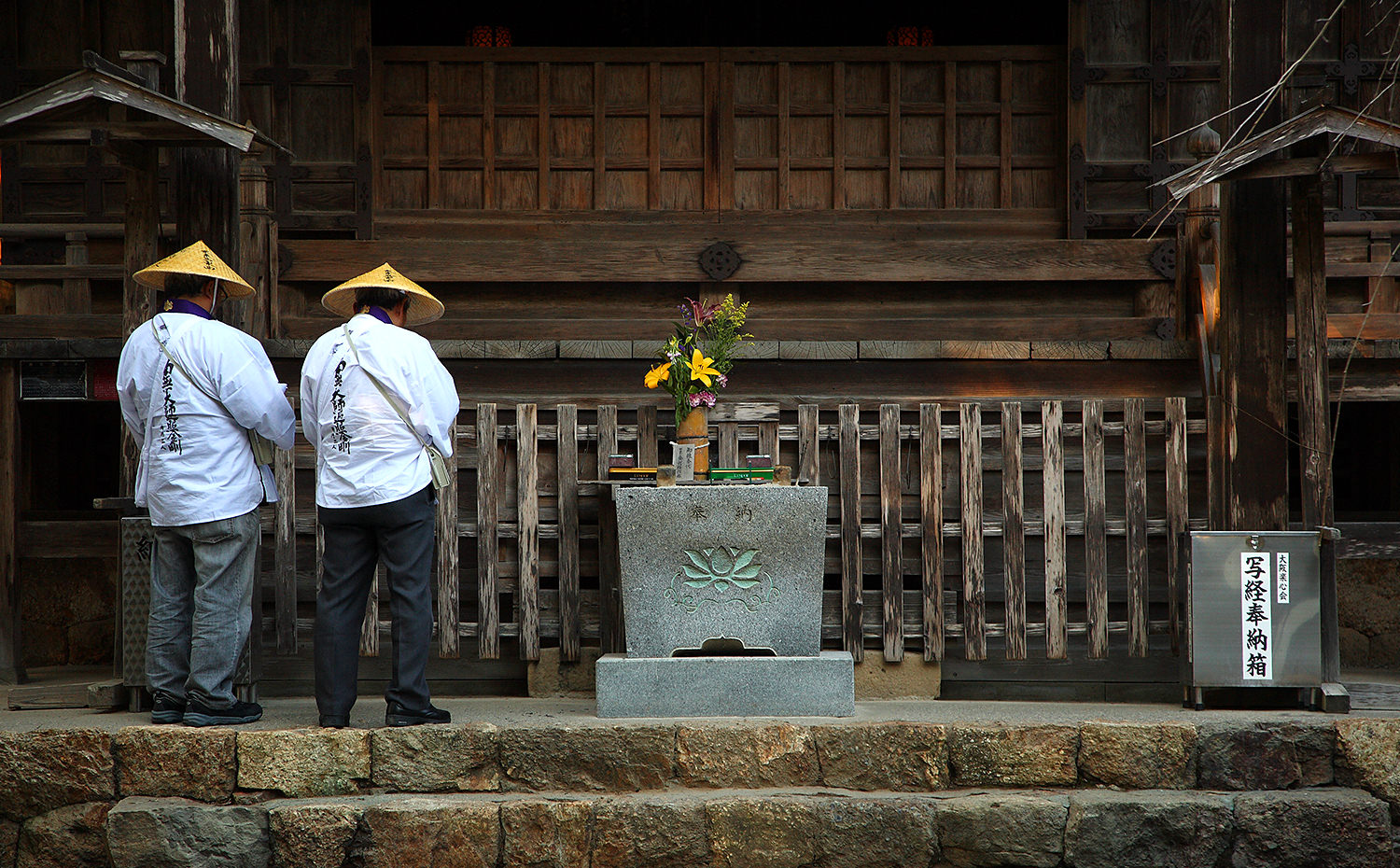 Tosa Kokubunji temple has wallowed with its eternal history surrounded by the lush yet silent woods for more than 1200 years.
The temple was constructed under direction of high priest Gyoki (668 to 748) in the year 741 by the wishes of the 45th emperor, who ordered the temple to be built on the best land available in Shikoku. Transcriptions of the Konkomyu ruler written by the emperor were to be stored here, and the temple was also called Konkomyo Tennou Gokokunotera as it served as a place of worship for peace and tranquility, good harvests, and the well being of all civilians.
Kokubunji Temple was later revived by Koubou Daishi (774 to 835) as a temple for Shingon Buddhism and it became the 29th holy site for visit to 88 temples in Shikoku, where the sound of pilgrim’s bells rings ceaselessly. 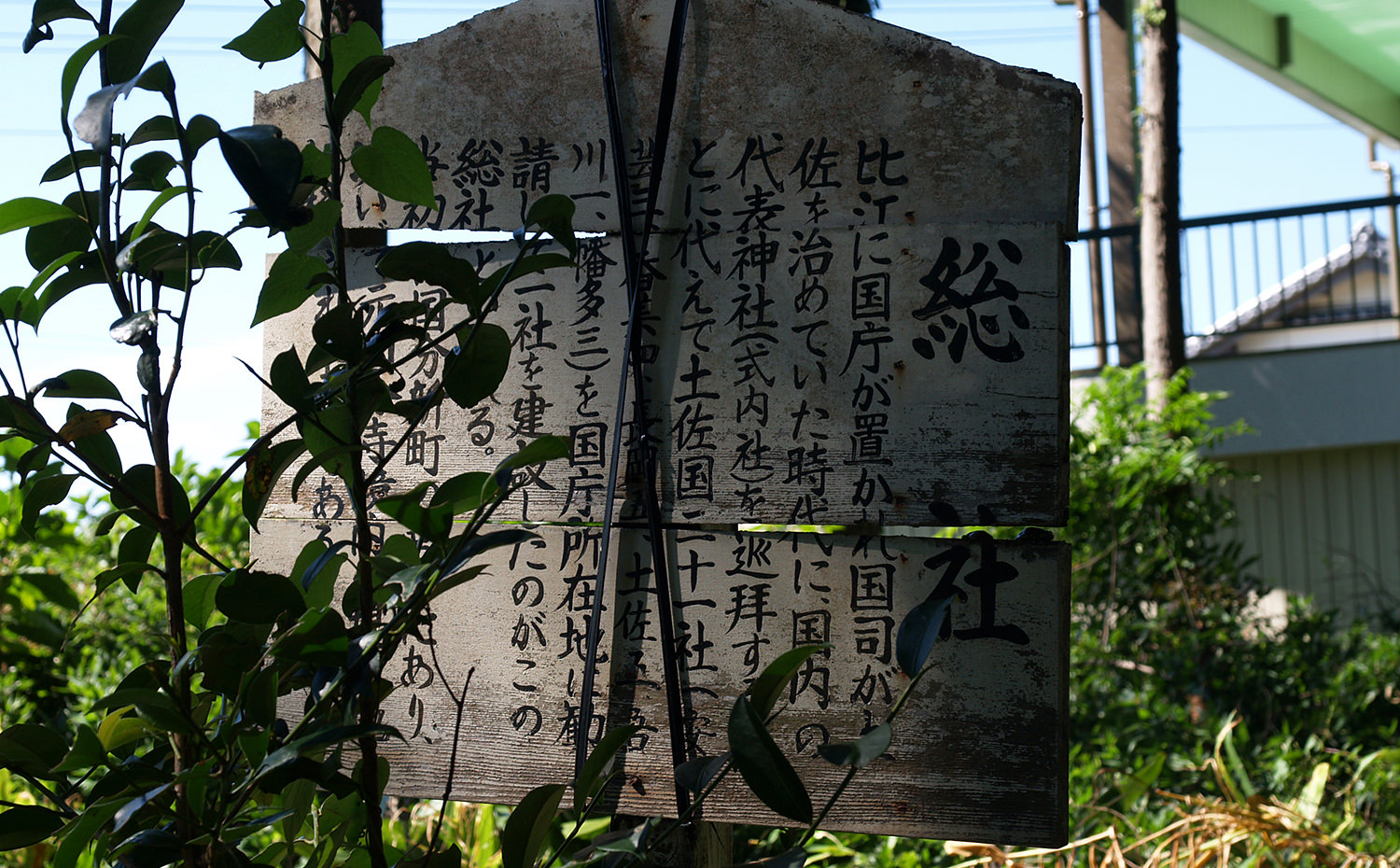 The area is also famous as the place that Kinotsurayuki (868 to 945), the author of the Tosa Diaries, lived for 4 years as the provincial governor. Various emperors used the temple as a place of rest, while later Lord Chousokabe and Yamauchi's ideas to maintain the building as a temple came to light.
In 1922, a historical dirt mound was discovered, which led to the entire temple grounds being designated as a national cultural heritage site.
Excavation surveys held within the temple grounds in 1977 led to the discovery of the remains of dwellings dating back to the Yayoi era, which was later determined to lay the foundations for the start of culture in Tosa.